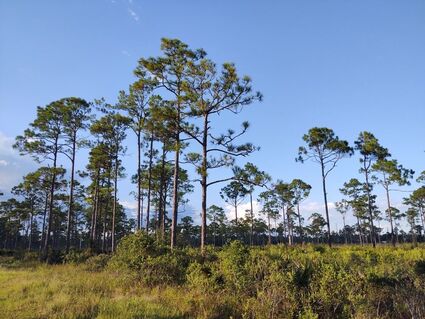 Native pine flatwoods are just one of the land forms which would be protected if the Polk Forever initiative is approved by voters.

The crush of development pressure that has been applied to Lake Wales by the owners of large tracts surrounding the city has raised alarm in many quarters.

Ownership of land conveys many rights. Landowners are aware that resources are limited, and that commitments for water and sewer capacity are best reserved well in advance of their need.

The deluge of annexations and platting doesn't mean all those new homes will be built anytime soon, but that's small comfort to area residents eager to prevent the sprawling development that has consumed both coasts and many inland areas of the state.

Few want to see Lake Wales absorbed into an enormous megalopolis sprawling from Tampa to Orlando across the middle of Florida. Yet there is at least one way that the juggernaut can be slowed, if not stopped. It's called "Polk Forever."

The effort is intended to address environmental concerns including the limited supply of potable water and the loss of natural areas are of serious concern.

The new initiative comes after a seven-year hiatus that saw much of Polk gobbled up and rare examples of scrub and wetland lost forever.

The Lake Wales Ridge and surrounding lands are home to several "endemic" species, those existing nowhere else on earth. They include both plants and animals, ranging from friendly scrub jays to the exceedingly rare ziziphus tree. Most are threatened with extinction.

A citizen-led initiative, Polk Forever will be on the ballot this fall and offers an opportunity to create a fund to purchase some of the last wild areas remaining in the county and set them aside in perpetuity. If approved the referendum will secure funding through two-tenths of a mill of ad valorem tax for a period of 20 years. That equates to twenty cents per thousand dollars of taxable value, levied against both commercial and residential properties. The cost to a typical homeowner in Polk would be perhaps $30 a year, a small price to pay to prevent still more traffic-clogging development of every available tract.

The effort would repeat the highly-successful environmental lands initiative approved by voters in 1994. As in the prior initiative, the lands would be purchased only from willing sellers who prefer to leave them in their natural state.

That 20-year effort protected a score of tracts from development, creating outstanding recreational and educational opportunities in the bargain, including the ever-popular Circle-B-Bar park south of Lakeland. 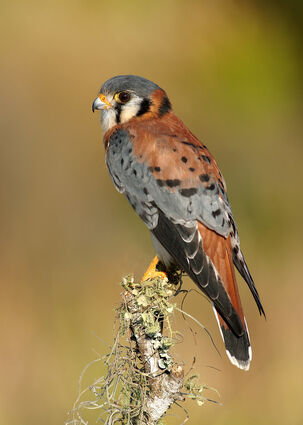 Florida's only native falcon, the Kestrel, is dependent upon open lands for its survival.

The Ridge benefitted directly as well with the protection of lands including the Crooked Lake Prairie, the Sumica tract on Lake Walk-in-the-Water, and the Crooked Lake Sandhill, among others.

Supporters of the referendum are attempting to raise public awareness through an exhibition of art created on our endangered lands.

Those wishing to help prevent yet more urban sprawl and traffic congestion may wish to become involved in educating neighbors and friends about the opportunity the referendum presents. They may do so by visiting the citizen-run website at https://polkforever.com/.

Thank you for recognizing that Polk County and Central Florida is being over developed without proper concern and conservation of the beautiful natural beauty and ecosystems which are here. We truly need better master planned zoning laws and building codes.