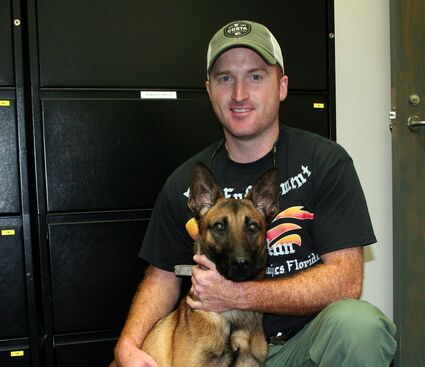 A convicted felon and a Lake Wales Police Department canine were killed in a shooting in Lake Wales Wednesday morning.

Ernest Borders, 57, was killed in the exchange of gunfire after opening fire after ordered to show his hands by two Lake Wales officers. Police K-9 Max was killed, but both officers escaped without injury. Lake Wales Police Chief Chris Velasquez said that the K-9 died so that the officers could survive.

According to a statement issued by the Lake Wales Police Department "a 911 call from a victim on Seminole Avenue in Lake Wales...reported that the suspect, 57-year-old Earnest Borders had dragged her out of a car, choked her, hit her head on the concrete, and then fired a gun multiple times outside her apartment. A second 911 call came in also asking for law enforcement to respond after shots were heard." Police later collected nine bullet casings from the scene at the Grove Manor apartments.

"Borders was later seen returning to the area several hundred feet west of MLK Blvd. near the railroad tracks," according to police. Responding officers located Borders hiding in a wooded area nearby, and after he refused to come out, allowed K-9 Max to attempt to locate him. They then reportedly told him to show his hands, and he refused, but opened fire, killing the K-9. Officers returned fire, killing Borders, who was found armed with a stolen Smith & Wesson 9 mm handgun.

According to Velasquez, Borders had 18 prior felony convictions, many for violent offenses, part of a long record of encounters with law enforcement. Both officers involved have been placed on administrative leave while the investigation continues. "They won't come back until that's done, and when they are ready," Velasquez said. 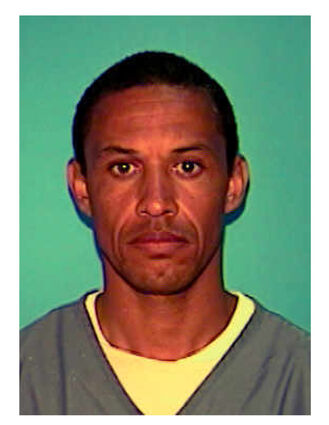 Earnest Borders had an extensive record of violent criminal acts and multiple convictions.

Lake Wales Police officers and Polk deputies gathered for a salute to Max, a Belgian Malinois who had been with the local department since 2016. They stood at attention as a long procession of police vehicles escorted Duke's remains to the county medical examiner's office for a necropsy.

K-9 officer Max was handled by Lake Wales Police K-9 Officer Jared Joiner. Velasquez said Joiner had lost a "family member," pointing out that the dogs live with their handler and his family.

More details on this story will be added as they become available.