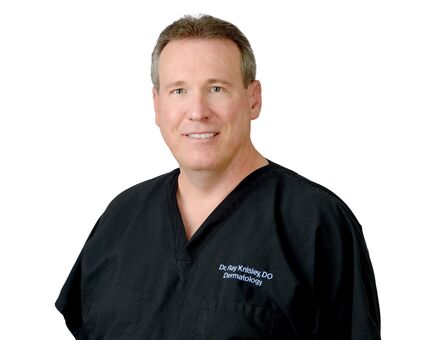 Dr. Ray Knisley has plans to construct new offices downtown, adjacent to the new Posh spa on Tillman Avenue. He is celebrating the first anniversary of his own practice this month.

Growing a Lake Wales medical practice of his own has long been the vision of one area physician, an outcome that has come to fruition for Dr. Ray Knisley, a board-certified dermatologist.

Dr. Knisley is celebrating the first anniversary of his Clear Choice Dermatology clinic here on July 5 after working for other clinics in the area. "I couldn't do this sooner due to a non-compete clause," he said.

Clear Choice is presently located in a two-story medical office building at 1255 State Road 60 East, Suite 100, a ground-floor space that was formerly occupied by Dr. Carolyn Pass. He also operates a Clear Choice clinic in Davenport with the aid of a Physicians' Assistant, splitting his time between the two locations.

Dr. Knisley is a veteran who served four years as a general medical officer for the United States Air Force, including a brief stint in Iraq in 2007. He decided to become a dermatologist at age 30 after spending years working as an X-ray technician.

Knisley completed his comprehensive residency in medical and dermatological surgery at Midwestern University/Advanced Desert Dermatology in Arizona in 2014 before returning to Central Florida with his wife, Jennifer. The area suits his lifestyle, as he is an avid fisherman in both fresh and salt water, a sport he shares with his 16-year-old son Jacob.

Dr. Knisley focuses on treating skin cancers and other diseases of the skin. In addition to cancer screenings, the practice provides needed surgeries including the lauded Mohs technique, as well as treatment of a host of other ailments including acne, eczema, rosacea, psoriasis, warts, and moles.

"Cosmetic dermatology has not been a considerable passion of mine," Knisley said, adding "I prefer taking care of people's needs, but I will have a Nurse Practitioner or PA who will be able to provide cosmetic services at some point."

Clear Choice Dermatology currently has a staff of seven. As his practice grows, Knisley is looking forward to moving from his rented offices into his own building in the foreseeable future. His plans to build his own new facility soon are "depending upon interest rates," he said. 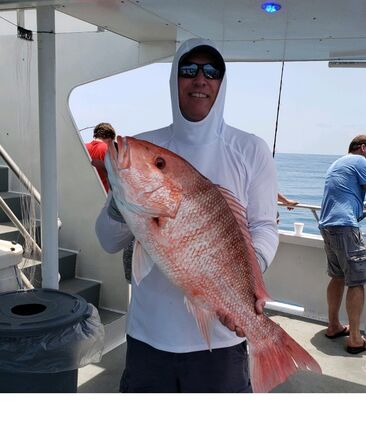 Dr. Knisley takes his own good advice, covering vulnerable skin when he enjoys his favorite hobby, sport fishing. Knisley specializes in the treatment of skin cancers and melanoma, which are often induced through exposure to the sun.

Knisley has acquired a substantial parcel across from the Lake Wales Police Department on Tillman Avenue, and next door to the new Posh Salon building in downtown Lake Wales.

"Our neighbor built Posh," Knisley said, referring to Damen McCrystal. "He suggested the lot next door. It's a great location."

The new Clear Choice will be a 4700 square foot building will have room for two medical offices with a shared reception area to accommodate future growth of the practice.