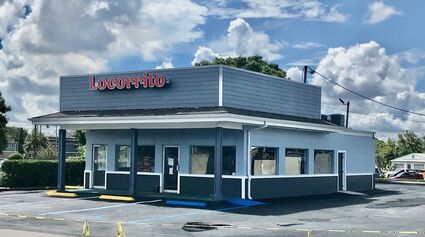 Locorrito will offer tacos, burritos and bowls. It is expected to open later this month.

A spurt of new restaurant development will soon be offering a wider range of choices for Lake Wales residents. The growing list has risen to seven new food and beverage outlets.

The first to open is expected to be Locorrito, a new effort from area restaurateurs Matthew Brock and his partner, Dwayne McQuillen. The new "fast-casual" spot will open in late September in a former pizza-outlet location at 218 SR 60 East, next door to Citizen's Bank.

The building has been extensively remodeled and is "essentially brand new," McQuillen told LakeWalesNews.Net. Changes include a reconstructed roof, complete interior, new air conditioning systems, and even a resurfaced parking lot.

Expected to seat 35-40 in a small dining room, the restaurant will offer a line where customers can order their custom tacos, burritos, and bowls, and watch as they are prepared.

The restaurant has already passed its food service inspection and is awaiting a final certificate of occupancy from the City of Lake Wales. Staff hiring is ongoing.

Brock and McQuillen already two seafood restaurants in Crazy Fish and Harry's Old Place. Their concept with Locorito's is hoped to be the pilot for a chain of future restaurants to be sited in smaller markets around Central Florida. 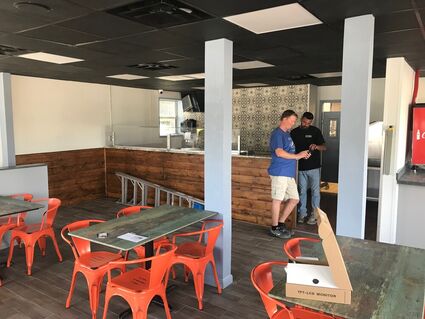 Final preparations are being made for the opening of the new restaurant, which is essentially "a brand new building" after extensive reconstruction, according to co-owner Dwayne McQuillen.

Not satisfied with a single new venture, the two had already purchased an adjacent former gasoline station and are remodeling it to become Brake Burger Garage.

"We wanted to keep" the automotive theme, McQuillen said.

The Garage is expected to offer an alternative to national "gourmet" burger chains such as Five Guys and Fuddruckers. The duo saw an opening in the local, underserved market. That operation is expected to be ready to open sometime around the end of the year and will also seat 35-40 guests under a similar "fast casual" service style.

Other new restaurants are planned for the downtown area and US 27 as well.