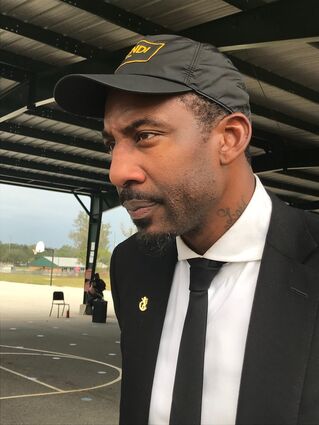 Former NBA All-star Amar'e Stoudemire was arrested only two days after delivering the keynote address at the groundbreaking of a $15 million gymnasium at his former school in Lake Wales.

Former Lake Wales resident and NBA great Amar'e Stoudemire was arrested in Miami Saturday, only two days after speaking to students and faculty at McLaughlin Middle/High school in Lake Wales.

Stoudemire is alleged to have entered the room of his teenage daughter and punched her after believing that she had been disrespectful to her grandmother. His unidentified daughter was reportedly left with a bloody nose. According to a police report, one of the responding officers "observed blood stains on the victim's sweater and sweatpants."

He has been charged with assault.

Stoudemire had visited Lake Wales to deliver a keynote address at the groundbreaking of a new $15 million gymnasium at his former school on South 4th Street.

The 6'10" Stoudemire, 40, attended McLaughlin in the 1990's, and played a year for the Highlanders basketball squad at Lake Wales High School before moving to New York, and then Orlando. He played for the Phoenix Suns, the New York Knicks, the Dallas Mavericks, and the Miami Heat during his NBA career. He retired from the NBA in 2016.

Stoudemire received a Masters degree on Friday from the University of Miami, and had spoken to McLaughlin students about the importance of education and hard work, emphasizing the importance of the teachers and coaches who would help them shape their lives if they wanted to become "student-athletes."