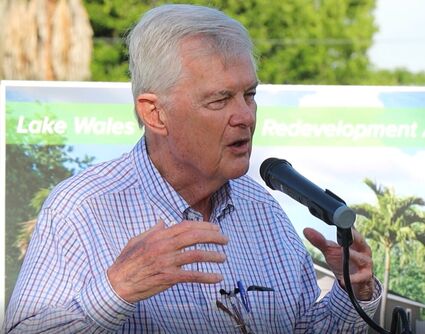 CRA Chairman and Deputy Mayor Robin Gibson has been a driving force behind putting the CRA funds back to their intended use under the law. Earlier commissions had diverted funds to purchase citrus lands and build Longleaf Business Park.

The approval in back-to-back meetings of the Community Redevelopment Agency and the City Commission was the final step necessary for the city's bond counsel firm of Ford and Associates. It is expected that the bonds will be offered on the market almost immediately. Ford and Associates has guaranteed the sale, which will make funds available for the multi-faceted project.

Among the projects expected to be tackled using the funds are the reconstruction of Park Avenue from Wetmore Street to Scenic Highway, including the latter intersection and the MarketPlace, and a new roundabout at Scenic and Crystal Avenues.

Other projects include reconstructing First Street from Central Avenue to Dr. Wiltshire Drive, and a $1 million contribution toward the complete demolition of the Grove Manor public housing complex, which will be replaced by a neighborhood of two and three-story apartments, plus single-family homes. Unlike the existing project, the new housing will be on the tax rolls, generating additional income to the CRA. 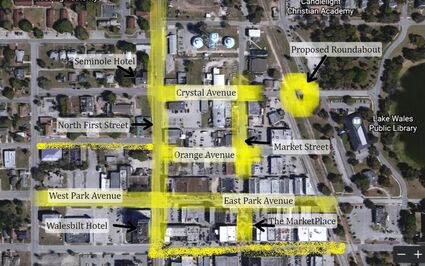 Among streets that will receive redesign and improvements as part of the connected plan are many in the heart of the city, including Central, Park, Orange and Crystal Avenues. First Street and Scenic Highway will also see major changes, including a new round-about near Lake Wales Public Library.

Repayment of the bonded indebtedness is entirely the responsibility of the CRA, which will use funds captured from the "tax increment" within the CRA districts. Dept service is expected to be about $1.3 million for 30 years. The CRA currently generates about $2.8 million annually.

Other elements to be constructed as part of the Connected project include portions of Central, Orange, and Crystal Avenues, miles of new sidewalks and street trees throughout the Northwest Neighborhood, and an extended system of bikeways connected to the existing trail network. Minor work is also anticipated on Stuart Avenue.

The newly-completed Park Avenue/Crystal Lake Trail is a portion of that overall effort.

The new streetscapes will include new lighting, shade trees, and wider sidewalks to accommodate outdoor dining. The eventual construction of a parking garage may be contingent upon the redevelopment of the Walesbilt Hotel.