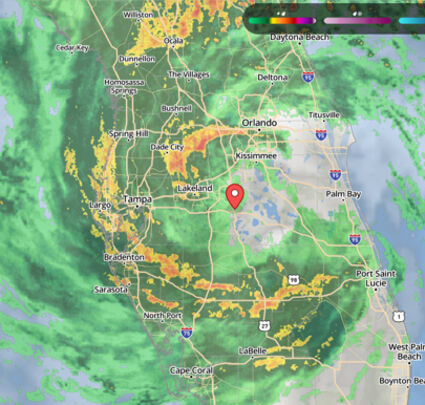 Although Inland areas of Florida do not experience the devastating tidal surges that cause most destruction in hurricanes, they are not immune to heavy rainfall that can cause rising water to enter homes and businesses. Flood insurance helps protect against devastating financial losses.

Hurricane Ian is estimated to have caused more than $60 billion in private insured losses in Florida, effectively making it the second-largest disaster loss event on record, according to the industry trade group Insurance Information Institute.

While Lake Wales residents dodged a bullet when it came to the severity of the late 2022 Hurricane, many throughout Polk County still felt the impact. From how Ian has shed a light on Hurricane preparation to what Lake Wales residents can do to prepare their homes for the 2023 Hurricane season, here's what you should know.

Florida's west coast took majority of Hurricane Ian's wrath, though the storm has highlighted the lack of flood insurance - and its impact - for many throughout the central part of the state.

One CNN article explains that homeowners insurance policies typically don't include coverage for flood damage, and many in Ian's path across the state didn't have a separate flood insurance policy. To illustrate the issue even further, the post points out that only about 2% of homes in Polk County are covered by flood insurance, and according to the South Florida Sun Sentinel, Ian left 16.99 inches of rain on Lake Wales alone.

The CNN post further highlights the damage caused by Ian, noting that Polk County counted about 3,000 buildings damaged in the storm (though the number was preliminary).

While a lack of flood insurance has resulted in financial worries for many across Central Florida, addressing the damage left behind is essential, as floodwater that is left to sit can create further issues, including structural damage to the home itself. Business Insider highlights the potential damage of floodwater, stating that even a flood amounting to one inch of water "can cause tens of thousands of dollars in damage." Due to the unexpected aftermath of Ian, many in Central Florida are left wondering how to best prepare for the next Hurricane season.

Flood insurance might seem like the only major precaution that homeowners can take to protect a home during a Hurricane or flood, though there are a variety of other ways that individuals can take action. Darren Craft, founder and president of Worth Insurance, recommends that all homeowners (even those in low-risk areas) ensure that water can flow away from the home by keeping gutters and drains properly cleaned. The Business Insider post cites additional recommendations from the Federal Emergency Management Agency (FEMA), which include elevating utilities and service equipment in order to prevent damage and electrocution in a flood.

Tips also include protecting valuable items by using a watertight security deposit box, and installing foundation vents or a sump pump, to name just a few.

While you can't fully "flood-proof" a home, there are ways that damage can be minimized following such an event. water damage as a result of flooding in homes and businesses is just one concern following a Hurricane, which can lead to mold growth soon after. 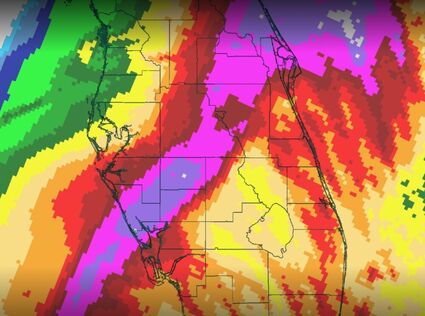 A band of extremely-heavy rain fell across Florida during Hurricane Ian, causing flooding in areas not normally accustomed to such events. More than 20 inches was recorded in some locations around Lake Wales.

Flood cleanup and efforts like pressure washing after a storm is a way to prevent excessive mold growth while also effectively removing dirt and debris, and ensuring it's done quickly is imperative when looking to minimize damage. With that in mind, enlisting the help of a professional will ensure that the matter is taken care of in a timely manner and with the right equipment. Having a professional's number on hand can prove to be paramount following a severe storm, making this just one smart way to prepare for the next Hurricane season.

Hurricanes and the flooding that can result from such a storm can present a major challenge to homeowners throughout the state, and especially for those without flood insurance. While Ian's unexpected nature has left many throughout Florida with newfound worries, preparing for the next storm season can be done in a variety of ways, from investing in flood insurance to physically preparing the home.