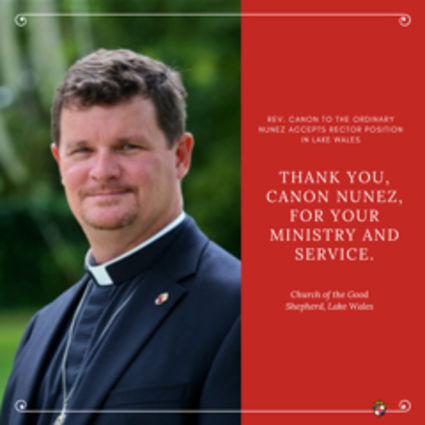 The Reverend Tim Nunez is committed to helping families raise their children in the faith so they can become leaders for the next generation.

Nunez is the new rector at the Episcopal Church of the Good Shepherd at 221 S.4th Street in Lake Wales. He began preaching at Good Shepherd in December, became Rector Jan. 1, and had the celebration of a new ministry on Sunday, Jan. 27, followed by a reception.

Nunez served under Bishop Greg Brewer as Canon to the Ordinary for the Central Florida Diocese for the past five years. Prior to that, Rev. Nunez was rector at St. Mary's in Belleview for 11 years.

Nunez's close ties to Polk County played a factor in his decision to accept the position. He was born in Bartow and moved to Lakeland at age nine. He graduated from the University of Florida in 1983, and worked as a CPA in Lakeland before getting a degree in theology in 2003. Meg, Father Tim's wife, is from Wauchula in Hardee County, Florida.

The Rev. Nunez said he loves how connected the church is to the community through its Good Shepherd Thrift Shop at 111 E. Orange Avenue, the connections to the Care Center, the backpack program providing meals for homeless children at Polk Avenue Elementary, providing a meeting place for Alcoholics Anonymous and Narcotics Anonymous support groups, the AARP free tax program, and many other groups. 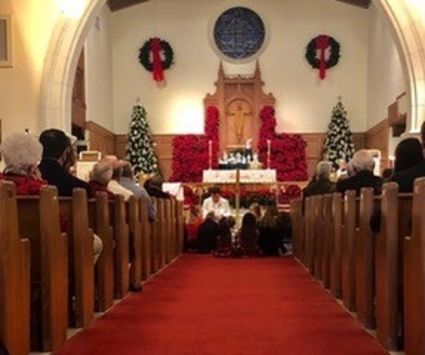 He likes that the area hasn't been spoiled by the growth that has marred some regions of Florida. In a sense, he's coming home.

"This has been a wonderful move for my wife, Meg, too," he said. "She had not found a real church home in Orlando."

The couple has four children, three boys and one girl, and four grandchildren.

"A key issue the next fifteen years will be helping young families develop in faith and leadership, so they can raise up the generations coming after them," Nunez said.

Good Shepherd has morning services at 8 and 10:15 a.m. on Sundays and 9 a.m. on Tuesdays. Wednesday evening services are at 5:30 p.m. For more information, go to the church website at https://www.goodshepherdnews.com