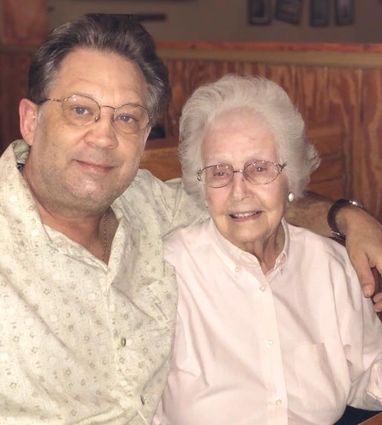 Betty Louise Jakeway, 94, of Lake Wales passed away Saturday, May 18 @ 5:35am, at Winter Haven Hospital.

She was born June 12, 1924 in Benton Harbor, Michigan to the late Harold and Vernetta M. (Johnson) Harter. She has been a resident of this area since 1971, moving here from Los Angeles, CA, when her husband Dr. Wade Jakeway came to work for Warner Southern College, now Warner University. She coached softball at Warner and umpired for local recreation leagues, drawing from her experience growing up in Michigan playing on travel teams, city teams and professionally in Michigan.

Betty was a homemaker and so much more, as the helpmate and ministry partner to her husband, who was a full-time evangelist in most of the states and several countries, conducting more than 500 series of evangelistic campaigns, in addition to holding pastorates in California, Ohio and locally at the Babson Park Community Church. Dr. Jakeway preceded her in death in October 2013.

She is survived by her son, Ron Jakeway of Lake Wales, who came to live with and care for her after her husband's death. He called her his "best friend through thick and thin, my teacher about life, my mentor, my coach." Ron's friends got to know "Mom Betty" as he described funny stories and their shared experiences, which included frequent trips to Publix and various restaurants.

"Betty was a delight for so many to know – so full of love and compassion," said Jayne May, who remembered her from her early Warner years. "I can imagine her enjoying heaven and maybe even playing on a softball team in glory."

Jakeway friend Gary Vause II also shared fond memories: "Mom Betty had a kind and lovely spirit which is rarely found in today's society. I am honored and blessed to have known her. She was truly a blessing in my life and I will miss her forever."

A celebration of life will be held from 1-3 p.m. Sunday, June 9 at Crooked Bass Grill and Tavern, 1010 N. Scenic Hwy., Babson Park. It originally was planned as her 95th birthday party so instead Ron is asking people to come celebrate that "it was her time to go fly with the angels."