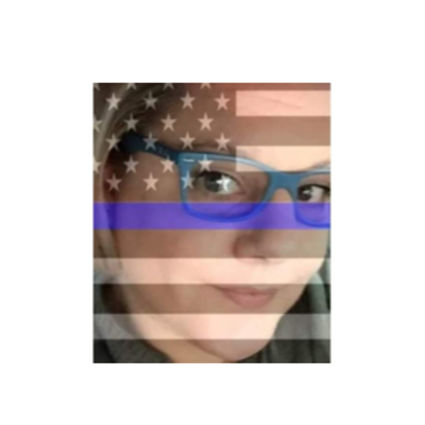 In May 2001, Kimberly began her career in law enforcement at the Broward County Sheriff's Office working in dispatch. In August 2004, she moved to Lake Wales with her family. Kimberly and her parents were all active members of the Lake Wales and South Lakeland Loyal Order of Moose. Her father, Granville, passed away in 2017. Kimberly was extremely close to her mother, Tina.

In December 2004, Kimberly joined the PCSO family as a telecommunicator. She transferred to Crime Scene Investigations (CSI) in October 2006. She became a CSI Training Instructor in 2014. She was also an instructor at the Kenneth C. Thompson Institute of Public Safety. She also frequently taught the Crime Scene portion of the PCSO law enforcement Street Training Evaluation Program (STEP).

Kimberly was enrolled at Warner Southern working on her bachelor's degree in Criminal Justice.

Kimberly has been with her boyfriend, Nicholas Lombard, for a number of years.

She was a huge New Kids on the Block fan (a Block Head). Kimberly and her best friend, Jennifer Marino Aramboles, went on several NKOTB cruises together. She and Jenn have known each other since elementary school. They called each other Lobster as a testament to the strong bond between them.

Kimberly was also a dedicated New England Patriots fan. Her favorite color was pink, and she loved sloths. She loved karaoke. One of her favorite movies was "A Christmas Story." One year, everyone in Crime Scene designed an elf decoration for their locker room doors. Kimberly's door decoration was a pink bunny suit from that movie.

She had three fur babies (cats): Marilyn Meow, Sterling, and Ludwig, as well as a beautiful Indigo Blue Dodge Challenger that would put the biggest grin on her face. That car was her pride and joy.

Her coworkers said: "To know Kim was to love her! She came on strong but would love everyone with all her heart. She would give the shirt off her back to help those in need. She was a defender to everyone, no matter how they treated her. She was very passionate. She could debate/argue for hours on topics she was passionate about. Kim loved being around people and loved making people laugh. Her laugh was very contagious, and her smile could light up a room. She was a loyal and dedicated employee who always did her best, particularly on the most difficult of cases, and was always willing to assist her sisters in Crime Scene whenever they needed help. Kimberly was always the person in Crime Scene that tried to put everyone in the Christmas spirit and would try to arrange holiday dinners."

Kim interacted with nearly every facet of the sheriff's agency, and she will be missed by all of those who had the privilege to know and work with her over the years.

A spokesperson for her co-workers said: "We were honored to have her for her short time here on earth. Her smile and personality will live on forever in the hearts of the friends and family she leaves behind. Rest in peace, Kim. We've got the watch."