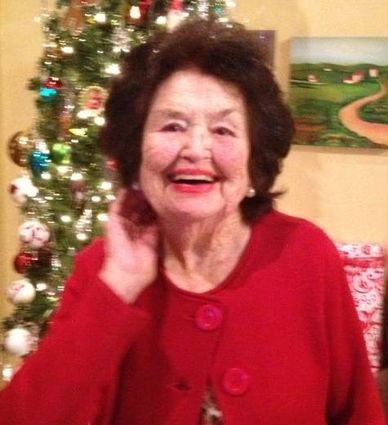 A sixth generation Kansan of Scottish descent, Juanita Orrick an original "Designing Woman" was owner of Nita Durso Interiors with customers in the Alameda Plaza and Kansas City area. Attending Kansas City Business College and Chicago Arts Institute, she was a Mid West Tennis Champion, and musically talented as a pianist and trumpeter performing with the Wyandotte High School Band and on local radio.

She moved to Manhattan Kansas where she met Corporal Carl F. Durso U.S. Army (Manhattan New York) assigned to the 7th Cavalry (Horse) at Fort Riley at an Officers Ball. They married in 1941 and resided in Rochester, NY until moving back to Kansas, settling in Olathe in 1951 where they made their home at"Brydalwreathe Acres" raising four children.

Active in the community and a member of St Paul's Church, she was a prominent member of the Altar Society. She was a Girl Scout leader and active in the PTA. She was President of the University of Notre Dame Auxillary in Kansas City and supported her husband's position as Executive Vice President with the Mission, KS Chamber of Commerce.

Active in the Army Navy League Balls, she hosted many Chamber Galas, elegant political events, attended by Congressman, Senators, Governors, movie stars and celebrities. She was a great supporter of the arts in the Kansas City area especially the Starlight Theatre.

Highly mathematical and analytical as well as a self trained artist, she was accomplished in portraiture and landscape, skilled in the art of table design, flower arrangement, decoupage, calligraphy and as the number one fan and support person for her daughter's theatrical pursuits, she designed and expertly created elaborate costumes and couture gowns for her daughter's vocal competitions, pageants as well as period dresses and outfits for the stage for her granddaughter she adored.

When her husband took the position as the Executive Director of the Lake Wales Chamber of Commerce and moved to Lake Wales Florida in 1975 she worked as a great support for the Lake Wales Chamber and its events and as the Executive Secretary for a prominent housing development company and continued her involvement in community affairs including the downtown beautification project. She loved to support the Chamber and appeared at the Carl F Durso Excellence in Business Awards in honor of her husband.

Locally famous for her love of Collie dogs, Juanita "Nita" was featured often in the local news for her daily practice of walking the path around Lake Wailes with her current collies which she did regularly into her late 90s.

She was a member of the Holy Spirit Catholic Church in Lake Wales where she maintained her home for another 25 years after the death of her husband Carl. She served as President of the Lake Wales Music Club a chapter of the National Federation of Music for several

A volunteer art instructor in the Youth Arts programs at the Lake Wales Art Center, she supported programs at the famous Bok Tower Campanile and her daughter's Holiday at Pinewood performances,

Admired for her culinary specialties and her baking, her New York Cheesecake , Chocolate Chip and Oatmeal Raisin Cookies and Spaghetti Sauce were superlative as she had many offers to market commercially. 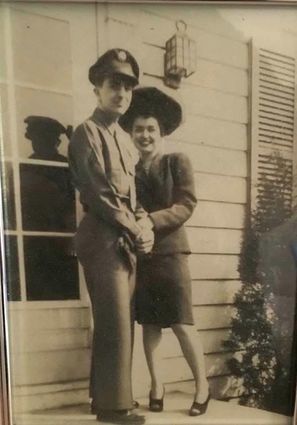 Charitable and gracious to all and known for her twinkling eyes and beautiful smile, she believed you could accomplish anything you put your mind to no matter your circumstances and that "if you like a thing-you'll be good at it"-one of the last of the CAN DO generation- a great example of Strength and Feminity.

She was interred alongside her husband Carl at the Florida National Cemetery in Bushnell. A memorial mass is scheduled for 8:30 a.m. Friday, Dec. 20 at Holy Spirit Catholic Church in Lake Wales.