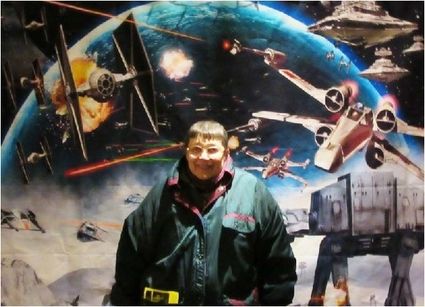 Born April 12, 1941 in Berea, OH, she was the daughter of the late William Geoffrey and Lauretta Pauline (Wells) Halley. She lived in Ohio, Michigan, Massachusetts, Arizona, and the Panama Canal Zone before finally settling in Florida.

She enjoyed classical music, reading eclectically (but especially science fiction), and never met a bookstore or library she didn't like. She was an avid puzzler and was proud of playing twice on NPR's Sunday Puzzle. One favorite activity for many years was attending science fiction and fantasy conventions and recording the discussions and music, with some of her recordings being used in the Babylon 5 reunion compilation. She was also an adventurous eater and enjoyed consuming as much authentic Chinese and Puerto Rican food as possible. She fell in love with computers in 1958 and pursued computer programming as a career, eventually retiring from Polk County.

Along the way, she remained dedicated to caring for her parents and being a thoughtful and loving sister, mother, and grandmother. She is survived by her children: Kendra Rogers (Gary) of Ann Arbor, MI, Charles Wells Kraver (Juliana) of Arizona and Cynthia A. Kraver (Jocelyne Petiard) of France. She also leaves behind two grandchildren: Cassandra and Logan Kraver, and a sister, Patricia Steiner (John) of Arizona.

Memorial contributions may be made to National Public Radio, HHT (curehht.org), Lake Wales Presbyterian Church or the American Red Cross.