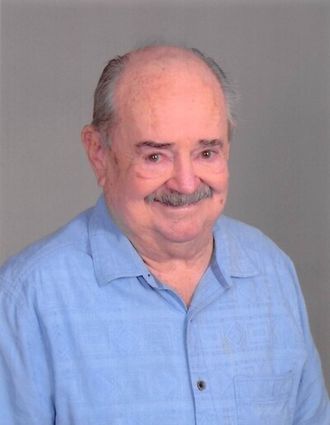 Jack Buford McGowan, 86, passed peacefully from this life after a long battle with declining health issues the afternoon of July 3, 2020 surrounded by his loving family.

Jack was born Aug. 26, 1933 in Cincinnati, OH to Buford and Adelia McGowan. Jack began working at Procter Gamble at age 18. He became a project engineer for many years and traveled all over the world to interesting jobs in different countries. He retired from Procter Gamble after 40 years, then worked for Watkins Engineering company another 10 years. Jack was an avid outdoorsman and master storyteller; fishing and hunting were his passion. Tall tales his specialty. He loved reading and travel. He served in the Navy during the Korean war as a communication specialist. His sense of humor and joyful disposition were only surpassed by his unconditional love of God and family.

He moved to Florida in 1995 where he met his soulmate Sandy and bought his beautiful retirement home on the lake where he lived the remainder of his life. He was an active member of First Baptist Church Lake Wales.

A celebration of life is planned for a future date. In lieu of flowers donations may be made to First Baptist Church, Lake Wales.