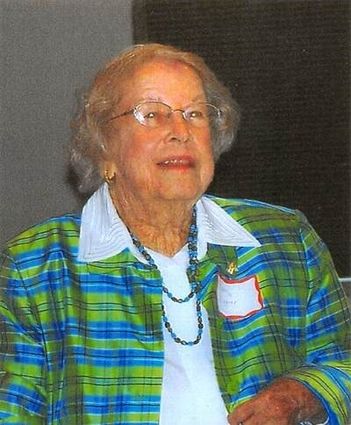 Mary Louise Zipprer, 103, of Lake Wales passed away on Sunday, July 12, 2020 at the Lakeland Nursing and Rehab Center.

Born July 17, 1916, at Rosalie, a small settlement on the Kissimmee River, her family moved to Lake Wales in 1919. Mary saw the transformation of the wooded area in front of her home into a beautiful park and a marshland converted into a football field.

Downtown, with its livery stable and other wooden buildings, gradually made many changes including the streets (sand) which were paved as time went by and streetlights added.

As the town grew, so did she. In 1934, Mary graduated from Lake Wales High School on Seminole Avenue. Col. C.E. Crosland, a Rhodes scholar, was supervising principal.

For three years, Mary taught school at Davenport; her beginning salary was $70 per month ($630 per year.)

Mary returned to her hometown school at the Top of the Hill where she taught until it closed. Mary was then transferred to Spook Hill Elementary, a newly constructed school, with Bill Cooper as the Principal. Mary remained at Spook Hill Elementary until her retirement in the mid-60's.

After retirement, Mary traveled around the world to many different countries.

In 1942, Mary reorganized The Lake Wales Chapter of the Girl Scouts, during which time the troops enjoyed a number of Camping Trips.

For a time during World War II, Mary worked for the Department of Engineers in Washington D.C.

She spent a number of years operating HO Ranch, of which she was a partner.

Mary was a member of the First United Methodist Church since childhood and served for several years as a Sunday School Teacher. Mary was elected Director of the Polk County Historical Association in 1991, and became a member of the Lake Wales Executive Committee of the American Red Cross, during which time she was chairman of the 1974 fund drive. Mary had been a member of the Daughters of The American Revolution since 1940 and was named "Pioneer of the Year" in 1998. In 2014, she was one of four women honored for making "History on the Ridge".

Mary was preceded in death by her parents; brothers; and sisters. Mary is survived by her nieces, Mary Ann Drasdo, Lynda Nims, and Cherie Zipprer; nephews, Billy Zipprer, Terry Zipprer, and Gary Zipprer; great and great-great nieces and nephews; and many friends.

A graveside service will be held at 10 a.m. Friday, July 17 at Lake Wales Cemetery with Rev. Esther Robinson officiating.