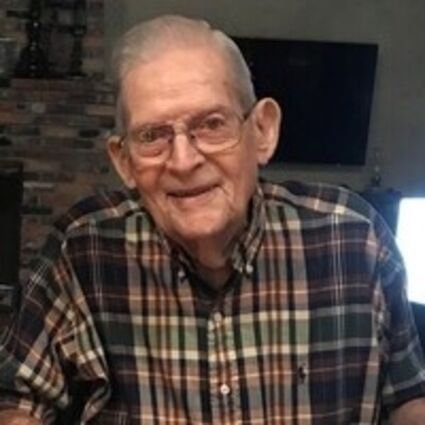 Tom was born Aug. 31, 1924 in Charleston, WV, and eventually moved to Tampa where he graduated from Plant High School. After his freshman year at the University of Florida, he left to serve in the United States Army Signal Corps during World War II. At the conclusion of the war, he returned to the University of Florida completing his degree in Electrical Engineering in 1949. While there he was a member of the Kappa Alpha Order fraternity.

Upon his move to Lake Wales he met and eventually married the love of his life, Sara Alexander in 1952. They were married for 60 years before her passing in 2012. He was a long-standing member of the Kiwanis Club of Lake Wales. As a devoted Gator fan, Tom always enjoyed watching the Gators play. He was a member of the Lake Wales First United Methodist Church where he and Sara were married and raised their three sons. He trusted and knew the Lord, Jesus Christ, as his Savior.

He was a devoted husband and father who loved his family dearly. Tom displayed a strength of compassion, gratitude and genuine love for all who were fortunate enough to have known him. He was loved by all and will be greatly missed.

A graveside service will be held at 10:30 a.m. Saturday, Jan. 23 at Lake Wales Cemetery. In lieu of flowers memorial donations may be made to Good Shepherd Hospice, designating The Bud and Donna Somers Hospice House, 1110 Hammock Road, Sebring, FL 33870.