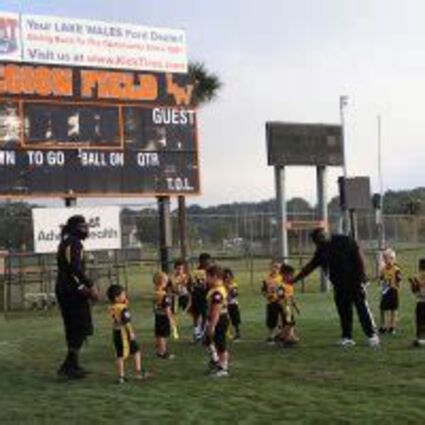 A lighted football field proposed for Washington Park near US 27 is expected to make a big difference to hundreds of young people involved in two Lake Wales youth football leagues.

The new facility is proposed to be built by Polk County Parks and Recreation using Community Development Block Grant funds. CDBG funds are restricted to projects serving underserved neighborhoods and communities. Among users of the new football facility are likely to be the Lake Wales Youth Football League which sponsors the Lake Wales Steelers teams with 160 children in ages from five to 16. Along with a second youth football organization, the Lake Wales Seahawks with 200 kids, they presently share Legion Field with Lake Wales High School Highlanders teams. The combined usage is more than the grass can stand, according to coaches, and leaves the field in very rough shape.

One of the league managers of the Steelers organization, Deanna Holtsclaw, has appeared before the City Commission on multiple occasions to ask for a facility for the kids. "We have opened our doors free of charge to these kids, who wouldn't normally be able to afford to play," Holtsclaw said. "Thanks for that goes to Coach Ward."

Head Coach "Bam" Ward has personally donated some $8,000 to the program this year to keep it free for the participants, both football players and cheerleaders. He echoed Holtsclaw's requests in conversations with the LakeWalesNews.Net. "This is a great program for the kids, and we require them to keep good grades to participate," Ward said. He added that it is "important for these kids to keep building and bonding relationships with families." 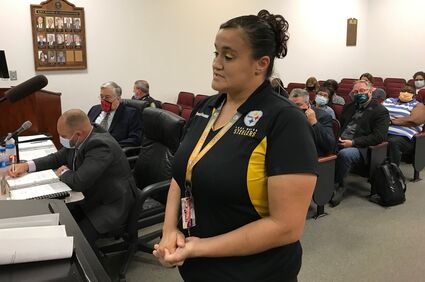 Deanna Holtsclaw has appealed to the Lake Wales City Commission for assistance with a playing field. City staff is considering possible locations for a temporary facility.

The new field at Washington Park is likely to be put to immediate use when completed, as it has repeatedly ranked very high with citizens responding to the ongoing City of Lake Wales Parks and Recreation Study. The City has initiated their plan to rank priorities for improvements in coming years. The county action may well allow the city to shift targets for their funding, according to Stephanie Edwards, who is managing the parks overview and assessment effort. She has been angling toward creating a temporary football field at Kiwanis Park to serve the leagues until a permanent home is available.

At present both leagues use city-owned Frasier Field in the Northwest Recreation Complex near Florida Avenue for practice, since they have frequent conflicts with the high school for usage of Legion Field. Frasier Field was designed for baseball.

"Having our own facility would also allow us to host tournaments," Ward said. "That's how other leagues raise money. We're the only city in the league that doesn't have a facility, so we can never host."

Fancy a game of cricket?

The game, popular around most of the former British empire, is completely befuddling to most American sports enthusiasts, but those who enjoy playing it will have new opportunity in Lake Wales, thanks to the Polk Parks and Recreation staff. Many cricket players hail from Jamaica, Australia, New Zealand, Guyana, India, or Bermuda, and grew up playing the game, a distant relative of baseball.

There's a high level of demand for the facility in the Lake Wales area, according to county staff, who expect the filed to host plenty of matches.

The new cricket field is among several park improvements planned for four locations around Lake Wales.