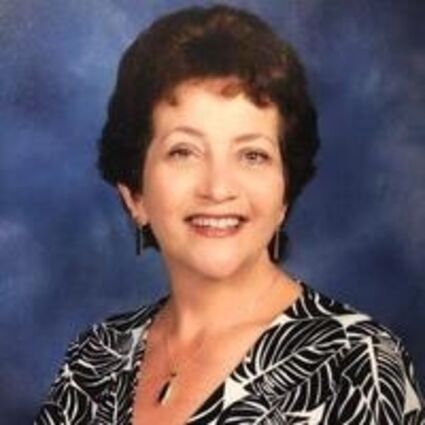 Pam Davidson Wyant, age 64, passed away on October 18, 2021, at Hawthorne Inn in Lakeland from complications of Early Onset Alzheimer's. Pam was born in Bartow, Florida to William "Bill" and Martha Davidson. She graduated from Bartow High School in 1974 and spent many of the following years performing with the Bartow Performing Arts Council (BPAC) and began her education career as a substitute teacher.

While her heart always belonged to Bartow, she cherished the four years she spent with her family in West Germany. Mrs. Wyant was an educator at Bartow Elementary Academy for over 20 years. During that time, she touched the lives of thousands of students and inspired them to believe in themselves. Her awards were numerous, but to name a few, Mrs. Wyant was named Volunteer of the Year, twice-named School Related Employee of the Year, and was the recipient of the Lucy Ducharme Humanitarian award. Her legacy at Bartow Elementary Academy will continue through the Pam Wyant Technology Lab dedicated in her honor in January 2020.

Pam loved people! She was greatly involved in numerous organizations over the years and was most passionate in her work with Relay for Life, Garden Club, First United Methodist Church of Bartow where she sang in the choir since childhood and served as the Children's Choir Director for close to 15 years and supported anything that improved the lives of children. In her free time, you could find her spending time with her family at Disney or at the beach at Anna Maria Island. Another place you could find her was tending to her garden. She hosted amazing parties and was a fabulous hostess, opening her home to many friends and family for birthdays, holidays and weddings.