Funds Would Help Pay for Needed Improvements as City Grows 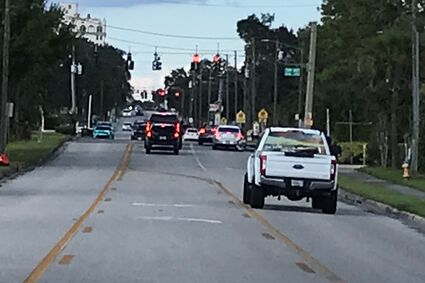 First Street is one of the busy City-maintained streets that could benefit from funding through the Mobility Fees.

With thousands of homes coming off the drawing board and plans to build them at more than a dozen locations around Lake Wales, city planners are attempting to get ahead of the expected traffic impacts with a variety of moves. The latest proposal, which was approved by the City Commission Tuesday, is a study which will propose a "mobility fee," the new buzzword replacing traditional "traffic impact fees."

The new fee will apply to each new home built in the city, assuring a pool of funds from which improvements can be made to all forms of transportation systems in the city. The process helps to assure that existing residents aren't required to subsidize growth.

"The term "Mobility" is a more encompassing term that covers all forms of transportation, such as walking, bicycling, transit, micro-mobility/low-speed vehicles, shared mobility, and motor vehicles," Development Services Director Mark Bennett told Commissioners in a memo. "These types of transportation are also known as "modes". In contrast, transportation impact fees usually focus instead on primarily vehicles."

Based on the description in a proposed ordinance, the funds could be used for anything from intersection improvements to sidewalks. Bike trails, turn lanes, street lighting and paving projects would also be eligible. The funds could also be used to help pay for improvements under the Lake Wales Connected Plan.

The City of Lake Wales has been collecting traffic impact fees for the county for years, passing those funds along while retaining a tiny administration fee. Several other cities in the county, including Lakeland and Winter Haven, have been collecting their own fees for years. The proposed new fees "represent the best opportunity to obtain funding to address transportation impacts caused by new development," Bennett said.

This is the second action taken by the City in recent weeks to get ahead of the anticipated traffic demands generated by growth. A study of the Buck Moore Road corridor was approved only last month. 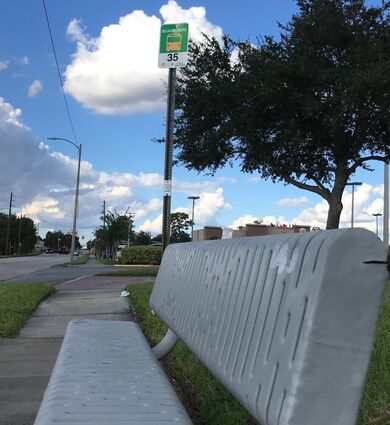 The City already charges impact fees in support of water and sewer, police, fire, library and parks services. The City also collects fees on behalf of Polk County for emergency medical services, education, transportation, and jails. Those fees help assure that existing residents are not paying the cost of serving growth.

In order to justify the fees and properly structure an ordinance, Bennett is proposing that the City retain the services of NUE Urban Concepts, a Gainesville firm that has conducted almost fifty such studies for cities and counties across Florida.

The $126,000 contract includes the establishment of Levels of Service (LOS) standards for all subject roads. It will calculate the capacities and projected traffic from future growth, identify new projects and costs, and propose updates to the Comprehensive Growth Management Plan. Among other work, the firm will also conduct public workshops and meetings, evaluate existing funding sources, develop a fee schedule, and draft a Mobility Fee Ordinance.

The resulting plan should be ready for Commission consideration by April or May of 2022, according to Bennett.