Forced to Speak Out Against Harassment at Trustee Meetings 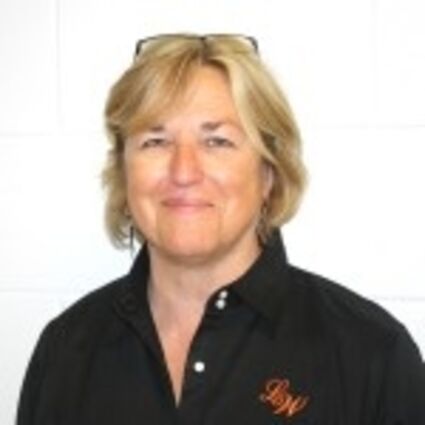 Donna Dunson is the principal of Lake Wales High School, and has led that school to national accolades. She also led the creation of Edward Bok Academy Charter School

Lake Wales High School Principal Donna Dunson has notified the Lake Wales Charter Schools Board of Trustees that she is retaining an employment attorney to represent her "because of the systemic harassment that has been in play for over a year." The action is further evidence of the polarization that has disrupted the local seven-school system, which has been previously recognized for striking improvements in local schools.

Dunson, a popular local school leader who has been a part of the system since 2004, led the high school to be recognized as one of the best in the nation. She also led the establishment of the acclaimed Edward Bok Academy Middle School.

Dunson described the current atmosphere as "toxic," saying that she has been subjected to "targeted and systematic" harassment. She said that she has reported that to Acting Superintendent Alricky Smith and Trustees' Attorney Robin Gibson in writing and verbally over the last few months, but it has continued.

Gibson defended Dunson's work, saying "she's great," and stating the problem is "national polarization that has invaded our small town and fractured our local community consensus," That consensus, he said, "was the reason we were able to bring the best in public education to our community."

"We are engaged in a mistake," he added.

Dunson's letter indicates that the problem began after she spoke in defense of former Superintendent Dr. Jesse Jackson. Jackson resigned following in a politically-charged Board of Trustees meeting after he transferred popular Hillcrest Principal Jennifer Barrow to a central office position in January, 2021. An organized group appeared at the following meeting of the Trustees to protest Barrow's reassignment. Jackson defended the move, saying that he had, over a two-year period, discussed with Barrow complaints raised by teachers about issues within the school, as well as the results of the school's climate survey and significant staff turnover during the prior three years. Jackson left, refusing any severance pay.

The Charter School System has been leaderless since that time, with a long search process coming to a stumbling end last week. One of the identified finalists for the position of Superintendent withdrew from consideration immediately after Committee Chairman Al Goldstein presented a final report to the Trustees that dismissed the committee's work.

Several other superintendent candidates have also dropped out during the process for unknown reasons.

Dunson's letter states that efforts have been made to "discredit and cast doubt on my work in this system," shifting from "the subject of Mastery Learning and my professional background" to the National Education Equity Lab and the pending "Full Time Equivalency" audit, leaving her constantly on the defensive as she attempts to lead. The FTE audit determines contributing state funding.

Dunson told the LakeWalesNews.Net that her "hope and prayer for this system is that the politics can diminish and trust can build," calling upon Trustees to "begin this process by listening to the voices of educators and the quieter voices in this community."

"This community is better than this caustic atmosphere," she added.