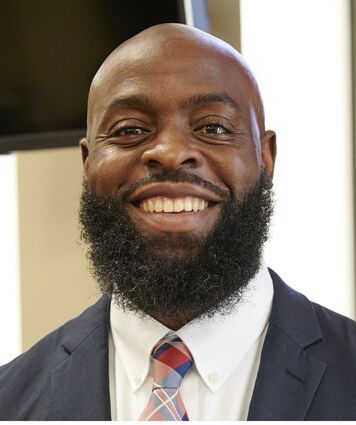 LaVaughn Williams for the News

The Lake Wales Charter School Board of Trustees is expected to choose a new superintendent of schools Tuesday to run seven local schools and maintain the standard of excellence achieved by former Superintendent Jesse Jackson.

Jackson, who built an award-winning program with the help of principals and staff members, resigned in February, leaving the trustees to find a replacement.

The fraught selection process continues to generate community concern. A nationwide search for experienced candidates, begun after an outcry against a proposal to shift to a locals-only search last September, resulted in 25 submissions. That field, however, now reduced to four, includes the only three local applicants, raising concerns among many educators that some board members and their now-disbanded search committee were favoring friends or following predetermined outcomes.

None of those three local candidates, Emilean Clemons, Andy Oguntola and Anuj Saran, has superintendent experience, which was among the qualifications discussed early in the process. The fourth candidate, Wayne V. Rodolfich, has extensive experience and was named Mississippi's Superintendent of the Year in 2020.

The 10-member search committee listed Rodolfich as its top choice in their recommendation to the Board of Trustees.

Some in the community have voiced their support for Oguntola, dean of Polk State College's branch in Lake Wales, but others, including some on the search committee, have raised concerns about his involvement in the selection process. He had been chairman of the trustees, but resigned Sept. 3 to seek the superintendent's post. Ten days later, according to school records, he sent an email to Danny Gill, the new chairman, offering advice on filling vacancies on the eight-member board that will ultimately choose a new superintendent.

And on Sept. 8, five days after Oguntola had resigned, Gill proposed halting a nationwide search in favor of restricting the committee's efforts to only local candidates. Should the committee decide not to appoint one of those applicants, he said, it could reopen the national search and encourage the top local candidates to join that list, according to minutes from that meeting.

"The downside is it is paused for a few weeks," said Gill, chief operating officer of Marion Nelson Funeral Home. "The upside is, if we find a local candidate, we save money with the search firm."

During that meeting, several local residents spoke in support of the local search, including Jimmy Nelson, Walter Nelson, Lindsey Seay and City Commissioner Jack Hilligoss, with Jimmy Nelson specifically naming Oguntola as the person the board should choose. Nelson and Hilligoss are among directors of the County Citizens Defending Freedom, an ideological advocacy group based in Ohio. (See Related Story Here)

After hearing the speakers, the trustees voted unanimously to pause the nationwide search to focus solely on local candidates. Trustee Chairman Greg Hall, who also chaired the search committee, then resigned his trustee post. He's never spoken publicly about that decision and couldn't be reached for comment for this report.

When news of the limited search reached the community, the backlash was immediate. Residents and educators voiced objections to limiting the candidate pool, with some saying that comments made during the Sept. 8 meeting represented an outside group that was attempting to control the process to a predetermined outcome.

In a public letter to the community, Gill said concerns about the search suggest that the process may not be clear.

"Its integrity is in question," he wrote.

After numerous educators and residents questioned the process at a meeting Sept. 20, the trustees voted to reopen the national search, handing the process back to the search committee. That original seven-member had been chosen by Oguntola, but Gill added three more, bringing it to ten members.

Narrowing the Field of Applicants?

In January, the search committee whittled the list of applicants to three, and Oguntola failed to make that cut. Committee members had listed him fourth. Two motions to expand the recommendation to include him failed when they ended in tie votes.

But when committee Chairman Al Goldstein, who had been appointed by Oguntola, presented the list to the trustees, he encouraged them to consider all five semi-finalists, and the trustees agreed. That put Oguntola back in the running. 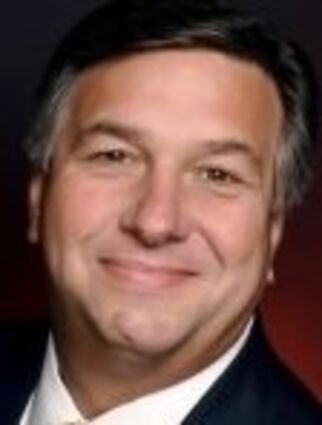 Since that time, one candidate has withdrawn, leaving the three local candidates and the Mississippi superintendent for the trustees to consider Tuesday.

Media coverage of the search controversy has generated interest paralleling that in the search itself. In emails and two heated telephone calls, City Commissioner Daniel Williams questioned the lakewalesnews.net staff for its coverage outlining the series of votes that led to the search committee's failed 5-5 vote on submitting all five names.

"Who determines which half of the committee is worth hearing and which half should be ignored?" he asked.

The Board of Trustees will hold a work session and finance meeting this Tuesday, February 22 ahead of their 5:30 board meeting at which a final vote on a superintendent choice will take place.

Calls Dunson "One of the Brightest Stars" of the System's Success

A detailed response to criticisms of Lake Wales High School Principal Donna Dunson has been offered to the Lake Wales Charter Schools Board of Trustees. The letter came after Dunson notified the board that she had been forced to retain an employment attorney due to "systematic harassment."

The letter came in response to an inquiry from Rusty Ingley, a recent appointee to the board of trustees.

"Thank you for what I would characterize as a "What the heck is going on" email," Gibson said in opening his response. "Donna Dunson's letter of frustration comes during this system's rare search for a new superintendent...in the midst of the political polarization that has crippled our country and now invaded our small town," Gibson said.

Gibson systematically responded to the points used to attack Dunson, explaining that they were not the purview of the Trustees but rather administrative issues, with the exception of the "FTE," or full-time equivalence audit that determines reimbursement based upon classroom hours.

"The audit issue is how to account for Mastery Learning time," Gibson noted, praising the Mastery Learning as a part of how Dunson's "innovative instructional methods had brought its federal 4-year graduation rate from 70% to 94.8%" The auditor has "the teacher-in-front-of-the-class box but not a box for the concept of individualized mastery learning," he said.

Gibson also addressed the National Equity labs, a program he said allows "students from underprivileged backgrounds get an opportunity to be exposed to interactive online instruction from nationally known universities, and take quizzes, complete essays, receive critiques and grades from top professors.

"Costs – which can range from $250 to $1800 – are to be paid by the schools, not the students. In the Lake Wales case, costs are covered by a private donor at no cost to the school," Gibson pointed out. The efforts of the Lake Wales Charter Schools system have been greatly supported by private donations, chiefly from resident Henry McCance, who has contributed some $5 million to school enhancements.

"The mission of the LWCS is to "bring the best of public education to the Lake Wales community," Gibson reminded the Trustees in his letter. "Donna Dunson has been one of our brightest stars for doing just that."

What a charade. This is one huge conspiracy and it looks like the entire hand-picked board is in on it! Someone should go to jail for violating sunshine laws.