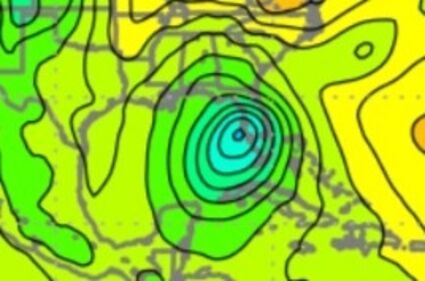 Although the 2022 Hurricane season officially begins Wednesday, some models are already showing a threat to Florida.

Forecasters at the National Hurricane Center in Miami are now allowing a 60 percent chance that a tropical storm will form in the southern Gulf of Mexico or western Caribbean in the next five days, and most models show any system there moving in a general north-eastward direction. Some show a weak and diffuse low-pressure area, but others are predicting a rapid spin-up.

The unsettled weather that could spawn the new storm is the remains of Hurricane Agatha, the first of the season in the eastern Pacific. That system struck southern Mexico on Sunday, and is now moving northward over the narrow "waist" of the country toward the Gulf in the vicinity of the Yucatan Peninsula, a frequent source of early-season storms for Florida.

If the system reaches Tropical Storm Strength it will be named Alex. Area residents are urged to have their Hurricane supplies in order and be prepared, as Hurricane forecasters are predicting an above-normal season for storm activity.