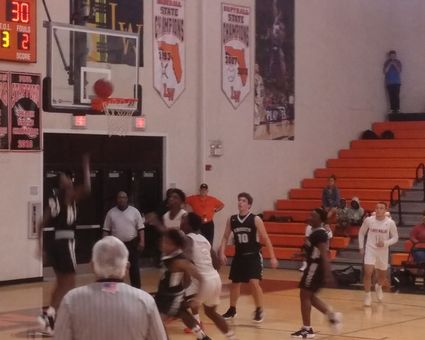 Senior Forward Raykwon Frazier scored 29 points while Donald Gatlin and Ty Hall each dropped in 14 of their own leading the Highlanders to a decisive 40-point victory over the (Tampa) Robinson Knights in a 6A Regional contest at home Thursday night.

With a win-loss record of 21-7, Lake Wales socked it to the mismatched Robinson by working the boards on offense and applying a swarming defense using a double teaming strategy that forced numerous turnovers and missed shots that led to not a single Knight scoring in double figures all night.

Lake Wales won the tip and quickly took a 6-0 lead. The Highlanders' momentum continued in their favor as the first quarter ended with a 19-10 score although a pair of 3-second lane violations kept the Knights in the rear-view mirror. 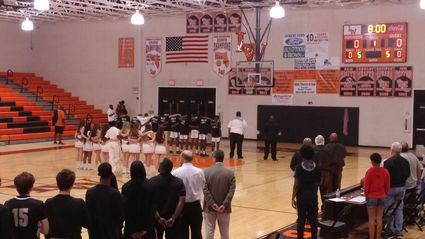 The second quarter started out cold for the home team and two quick 3-pointers by Knight Joe Strickland helped to pull Robinson within three, 21-18, with 5:30 left in the half. But with 3-pointer answers of their own Highlanders Ty Hall and Tavien Williams gave the Highlanders the comfort and the confidence they needed to finally pull away and never look back.

An intentional foul by Knight Kyrieze Lake and subsequent made free throws by Highlander Walter Clayton further expressed the frustration felt from the pressure and pace that spelled doom for the visitors and elation for the victors. Final score: 86-46.

While the Knights will now have to say "good night" to their basketball season our Highlander team will face at home the 23-5 Tampa Jesuit Tigers, who won State in 2013 this coming Tuesday at 7 p.m. at 1 Highlander Way.